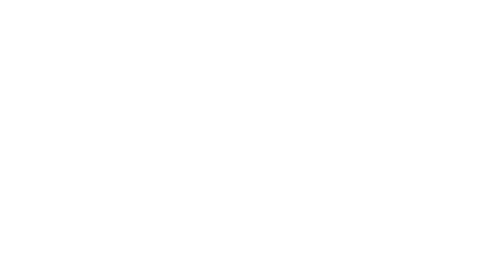 When we want a comprehensive overview of what’s happening on the ground in every region in the state, when we need insights to changes that are underway, there’s no better resource than Regional Transportation Planning Organizations (RTPOs) and their federally chartered urban counterparts, Metropolitan Planning Organization (MPOs). 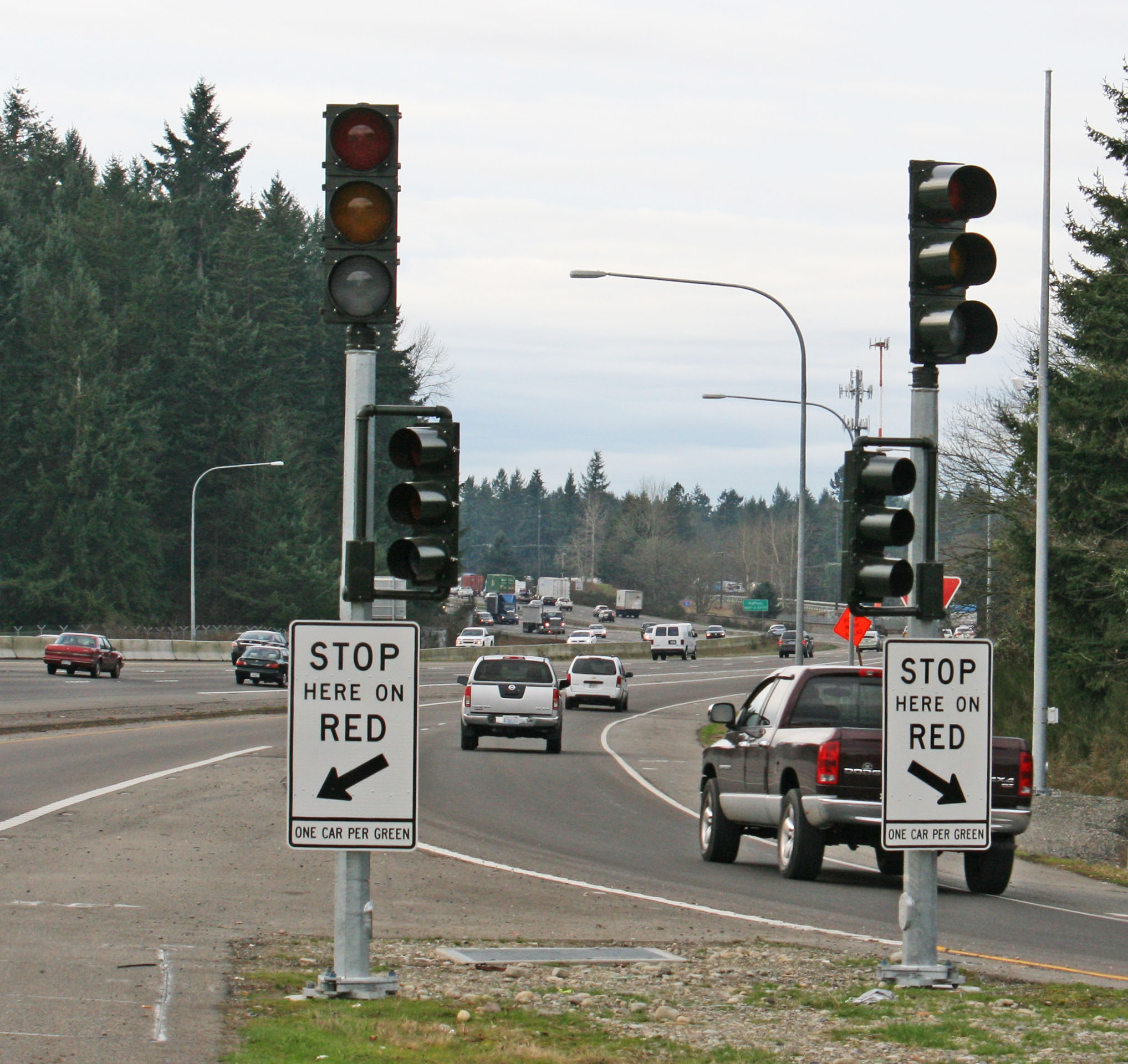 Created at the same time as the Growth Management Act (GMA), Washington’s RTPOs have been at the forefront of coordinated transportation and land use decision-making for a quarter century. Many of our MPOs have been at the center of regional collaboration even longer.

RTPOs and MPOs are well positioned to provide useful insights on funding priorities, intergovernmental coordination, program effectiveness, and strategic opportunities. While they vary greatly in size and capacity, these bodies made up of local elected officials and key transportation interests, understand how transportation in their region intersects with land use and economic development goals, and how well the multimodal system of local and state facilities and services works together to support those goals.

Working Together to Make the Most of Our Investments

Consistent with the intent of 2040 and Beyond to put transportation into broader community context, many regions are integrating local, regional, and state transportation considerations into an array of other community objectives.

More RTPOs and MPOs are in the vanguard of breaking down silos between transportation considerations and other community objectives. They are our boots on the ground, at the intersection of local, regional, tribal and state policies and objectives. Working together we can target investments where they generate the most benefit.

Find Your RTPO and Local MPO

One responsibility of RTPOs and MPOs is awarding transportation funding to priority regional needs. Revenues available to regional agencies are federal funds passed through WSDOT in a coordinated process. Regions appreciate having revenues to direct towards regional priorities but for many of them, the federal character of available funds introduces complications.

Many small and rural agencies are not authorized to use federal funds and must pay WSDOT to administer their federally funded projects if selected in RTPO or MPO processes.

It’s not that regions and their partners don’t want the money – they do – but the federal nature of current revenue makes it costly and complicated to use. Funds spent administering projects aren’t available for delivering projects.

Opportunities exist for a more strategic approach to regional funding mechanisms and alternatives to federalizing so many projects across the state, especially in regions where the use of federal funds creates a burden. It is possible to get more done with available resources if regional funding comes from more than just federal sources. 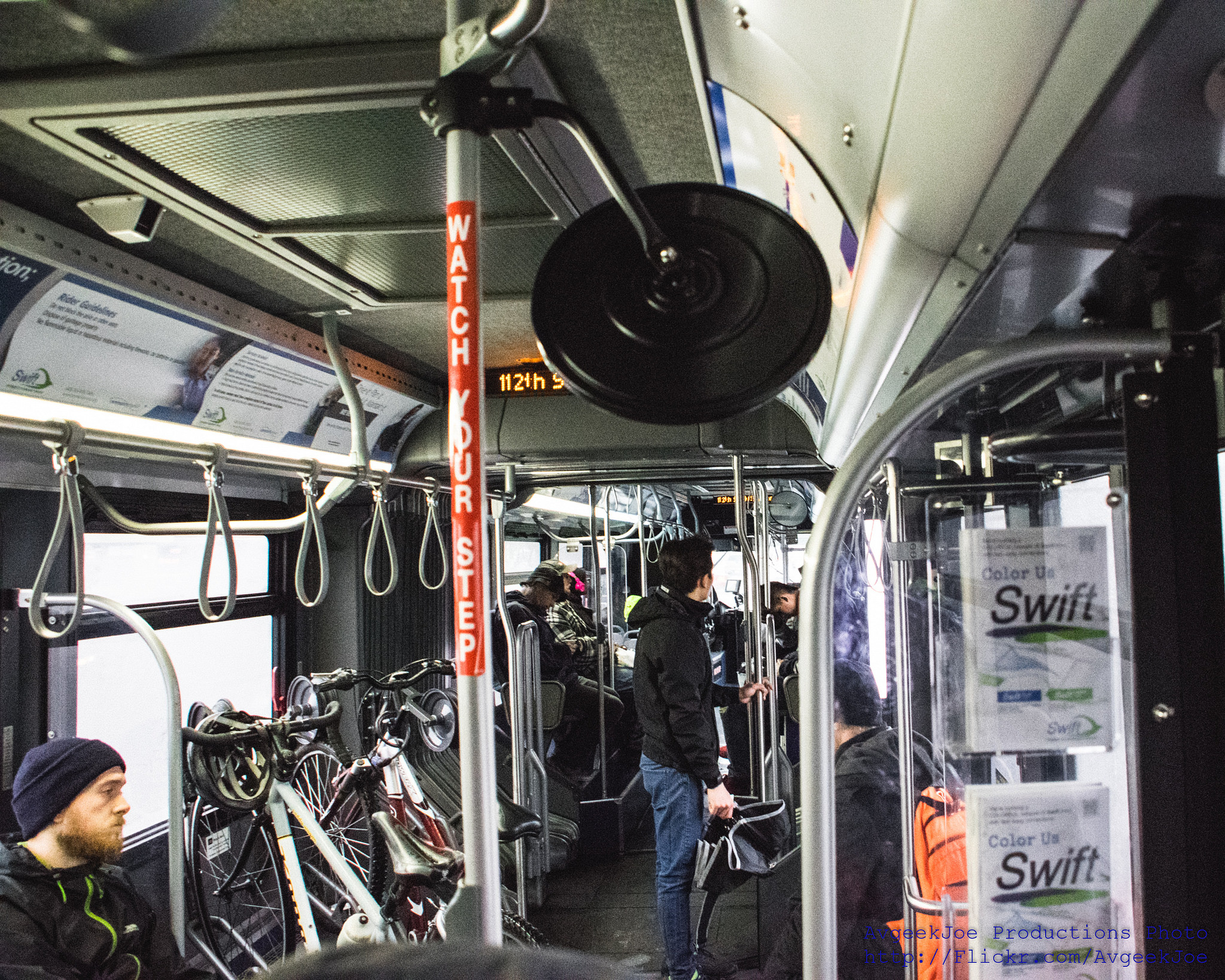 The success of our statewide transportation goals depends on our ability to integrate transportation and land use considerations. RTPOs and MPOs have insightful, real-world experience with what that entails and why it is easier said than done. They have practical knowledge of the challenges local agencies face in trying to meet what are, at times, competing objectives related to mobility, congestion, land use, housing affordability, equitable access, financial constraint, and other growth management objectives.

Washington's wealth is not distributed evenly across the state. Does transportation policy have a role in shifting the balance of that equation a little bit, to relieve some of the excess demand on one part of the state by encouraging investment in another?

Some regions and communities have the financial might to tip the scales and catalyze an economic opportunity, but most don’t. It’s hard to attract private investors to build in communities where there’s little growth. Regions work with many communities that want to embrace more compact development but can’t afford the sewer or water systems necessary to support higher density, mixed-use transportation-efficient development. RTPOs and MPOs know the dilemma facing smaller urban transit systems where communities desire more direct and frequent bus service but where the land use patterns don’t yet generate the ridership needed to justify that service.

The GMA directed local jurisdictions to manage growth. Counties and cities are where zoning, permitting, and other land use decisions are made. Having land use authority is not the same as directing market-driven development decisions. There is a delicate balance between the regulatory framework of growth management and the economic reality that drives private property development and consumer choices. Local and regional plans control some of the levers that affect that balance, but they do not control all of them. The vast majority of Washington’s 281 cities and towns do not have the economic clout to directly influence the private real estate market in meaningful ways.

Washington’s wealth is not distributed evenly across the state. That is a problem for transportation and the broader statewide goals it is meant to support. In 2018, as communities in central Puget Sound experience one of the hottest real estate markets in the country and grapple with excessive congestion, soaring housing costs, and encroachment on marine terminals; communities elsewhere on the I-5 corridor and throughout Washington are doing everything they can to attract some of that economic opportunity.

Places like the Vancouver metropolitan area, Spokane, Bellingham, Tri-Cities, and the Olympia-Lacey-Tumwater urban area also have ample growth to manage. Coordination between jurisdictions is needed to mitigate spillover impacts from one jurisdiction to another. In many other places though, a bit of peak period traffic congestion and the need to model intersection operations would be welcomed.

Does transportation policy have a role in shifting the balance of that equation a little bit, to relieve some of the excess demand on one part of the state by encouraging investment in another? That raises deep philosophical questions about the role of government in influencing economic outcomes, as it should. In reality, though, we do it all the time with the transportation investments we make or don’t make. How we think about that question and the potential role of transportation investments may inform how we approach concurrency in the future.

It's Time for Concurrency 2.0

"Concurrency" is one of the goals of the Growth Management Act (GMA) RCW 36 70A. It refers to the timely provision of public facilities and services relative to when they are needed, typically “concurrent” with development.

Concurrency is deceptively simple on its surface: Ensure that public facilities are in place to accommodate growth without diminishing adopted levels of service. If service levels cannot be maintained, then development should be denied until satisfactory infrastructure or services are in place or establish lower level of service standards. 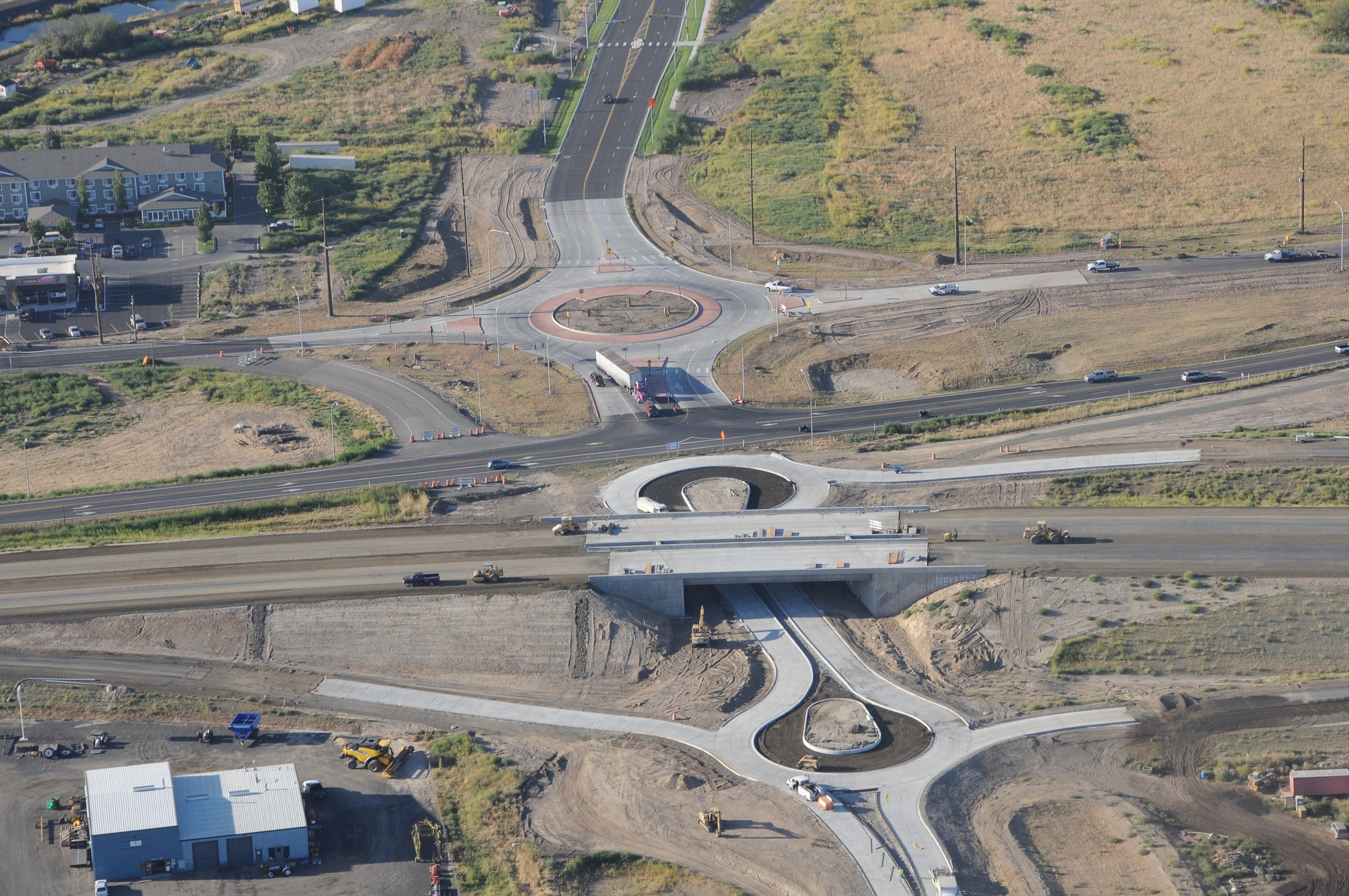 When we think about it in the context of sewer or water infrastructure, concurrency is a fairly straight forward concept: is the pipe already in the ground and is it big enough to support new hook-ups? Concurrency is remarkably complicated, though, when it comes to the dynamic relationship between transportation and land use.

When we think about it in the context of sewer or water infrastructure, concurrency is a fairly straight forward concept: is the pipe already in the ground and is it big enough to support new hook-ups? Concurrency is remarkably complicated, though, when it comes to the dynamic relationship between transportation and land use.

The fluid nature of traffic has presented a conundrum for years as local, regional, and state agencies grapple with the aggregate effects of individual local development decisions on transportation system performance in other jurisdictions and on state-owned facilities. Transportation concurrency is further complicated by long-term highway and ferry planning and investment decisions made at the state level, and near-term land use decisions made at the local level.

Unlike sewer or water utility capacity that is directly tied to localized land development patterns, transportation concurrency has to account for private property rights, the fact that people often choose to live far from where they work, and that they travel where and when they will by whatever mode they choose. Traffic congestion, travel options, land use, technology, costs of travel, pricing and parking policies may influence those decisions but, in the end, it’s the individual’s choice.

How system performance – LOS – is measured and understood has changed over time. Not long ago, in 1990 when GMA was first enacted, the only widely-recognized LOS measure entailed a complicated equation that only considered vehicle congestion during peak periods.

How system performance – LOS – is measured and understood has changed over time. Not long ago, in 1990 when GMA was first enacted, the only widely-recognized LOS measure entailed a complicated equation that only considered vehicle congestion during peak periods. The dominant solution to poor LOS was to build wider streets and highways. That is changing as transportation-efficient land use patterns take shape and the transportation system grows more multimodal in character.

Increasingly, local and regional agencies are using the flexibility inherent within the GMA

The GMA recognized that there is no one- size-fits-all measure of transportation system performance. While it requires local, regional, and state agencies to establish LOS standards and use concurrency to maintain them in a coordinated and consistent fashion, it doesn’t dictate what that looks like. Questions abound as to how concurrency can be applied more effectively to help us manage growth and system performance.

Time for Another Look at Concurrency

Studies commissioned in the early 2000s by the Legislature, MPOs, and cities provided insights on the efficacy of concurrency legislation at that time.

Studies commissioned in the early 2000s by the Legislature, MPOs, and cities provided insights on the efficacy of concurrency legislation at that time. Since then land use plans, multimodal transportation systems, and concurrency mechanisms have matured. As Washington recovers from the Great Recession, market forces are spurring rapid residential and commercial development in some communities while others struggle to attract private investment. Growth is not balanced across the state. Meanwhile, as gridlock spreads, travel times increase and so does the cost of doing business in Washington State. It is time to revisit the promise and the concept of concurrency established by GMA in 1990 and ensure it is up to the needs of our 21st century transportation system.

Concurrency in the 21st Century

Concurrency is based on our expectation of how the transportation system should perform as we grow. Are our expectations about system performance realistic? Are we measuring system performance in ways that make the most sense given current and future constraints? Are there other ways of thinking about concurrency that better account for regional or system-wide needs?
As Washington approaches the 30-year anniversary of the Growth Management Act, it’s a good time to ask how well concurrency supports system performance objectives around the state and whether any refinements are needed to improve its effectiveness.‍

Concurrency drives investments. It’s a fulcrum for local and regional investments and should be seen as an investment policy, not just a procedural planning requirement.

‍The Legislature commissioned the Ruckelshaus Group to examine the GMA planning framework that supports Washington State’s ability to achieve its desired vision. The “Roadmap to Washington’s Future” study results can provide useful insights into concurrency questions but a dedicated follow- up focus on concurrency may be warranted.
We began the era of growth management in 1990 with market forces attuned to sprawling 20th century suburban land use patterns supported by an ever-expanding network of 20th century streets and highways. Comprehensive Plans helped change that land use trajectory, creating increasingly urban, walkable people-oriented places that generate demand for transit, walking, and biking, not just driving. Our approach to concurrency needs to align with that thinking. Transportation investments and new development needs to occur in tandem so that the 21st century transportation system we are building works with – not against – that land use.